Stay with me here, it's a tangled Twilight web that's been woven.

In the past few weeks, rumors that Dakota Fanning has been in talks to play the character Jane in New Moon were confirmed despite no official word from Summit Entertainment whether Fanning is in. Anna Lynne McCord confirmed that she was in talks to possibly play Heidi in New Moon but had to pass due to scheduling conflicts. High School Musical star, Vanessa Hudgens, has long been rumored to have auditioned to take on a role in New Moon, along with Brenda Song, possibly the Leah Clearwater character, which appears unlikely despite a small window of hope remaining that Hudgens could land a role in New Moon that could possibly set up the character for her in Eclipse. At one point Lindsay Lohan allegedly expressed her hope to become a Twilight girl in New Moon and, over the past couple of weeks, word came down the New Moon rumor pike that Hilary Duff was overheard at Fashion Week in New York City stating to Twilight actor Peter Facinelli that she badly wants to be in New Moon.

i freakingly screamed after reading this. like WHAT THE CRAP MAN? disney kids auditioning for New Moon? i'd die laughing if Brenda plays Leah. and Hilary wants in? as what?
rumors said that Madonna's in. hmmm well she does look like a vampire. could work. and she has that evil look too.

sure sure. its not my place to criticize those actresses. heck, i want in too. but who the hell am i right? i gotta start somewhere. soon.

but still, whatever. i so cant wait for New Moon to come out! too bad its gonna be a late for us Malaysians kan? well, we could watch The Curious Case of Benjamin Button first, then followed by Harry Potter and only god knows what brilliant movie is gonna come up next. New Moon will come soon. till then, we'll just wait. rain or shine.

speaking of the weather, it rains a lot this week. it was terrible practicing under the blazing sun a few weeks ago and when the torturing came near to the end, it rained. great =.=
but i'm sure it'll be a lovely day tomorrow. Sports Day woot! ALL HAIL MOTHER NATURE! haha

the school gave out a letter to everyone regarding the event. and to tell you the truth, it was absurdly hilarious. let me type the ones which i think is stupid

haha. okay that was not so bad. check out this one

woyeh. our teachers are THAT concerned. i think they might be paranoid. not to say that i'm against these rules but you really didnt have to put that much effort to print 1200 sheets of letters. it'll end up in the trash anyways. and truly i respect the regulations but MAN, YOU HAVE GOT TO BE KIDDING ME. surely all of us can understand and yeah surely ada tetamu yang tak diundang datang but some of us dont even want unwanted visitors too.

did ya read that??! hahahaha

oh and students wearing clothes other than school attires are banned from entering. so to be safe Hana and Rye, you might wanna wear our school's pj shirt xD

haha to be safe la.

i just want ya'll to jumpa me hehehehe :3

CBN is so popular because of its' rules. despite all of that, its still the best school ever!

this one was nice.
went to KDE's sauna. cleansed and fully rejuvenated! haha!


on the way back home,
i absentmindedly said, "untuk dijual, kereta-kereta kancil. yang kenit. heh." out loud cause i saw a few on sale along the road.
then dad asked, "how young can one have a license eyh?"
mom said, "17"
"umm can i take mine a bit early next year?"
"yeah."

WOOT I GOT THE GREENLIGHT! now i just need to practice. but sadly, all the cars over here are auto. kena belajar manual dulu =__=

long time no bloggie. hmm where to start, where to start. alrighty then
today is a Wednesday. and i have got to tell you, theres probably a mountain of homework piled up. i just chatted with Puan Azura recently. she asked who my chemistry teacher is and i really said,

"THANK GOD ****** IS NOT TEACHING ME!"
HA HA HA. nevermind shes cool with it. and dia suruh complain kepada pihak atasan. memang ye.
but sadly, the only teacher i would want to get rid of is the class teacher. the MISS teacher. yea, the SINGLE one. the RACIST one.
and i am quite proud to say, that i have a strong feeling that i'm her most despised student in the class. wohpie :)
these single teachers are sometimes so... i dunno.. garang maybe?

while in the bus, Aliya and Hanan;

cbn is so cursed. crapikans.

what? i'm a school kid dude :)
peace to the world. uhuh

my page is currently under construction due to blogger stupidity. sincere apologies :) 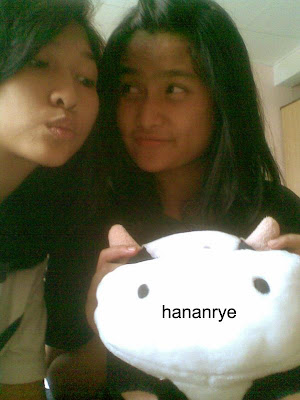 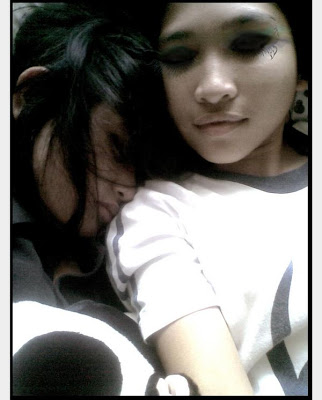 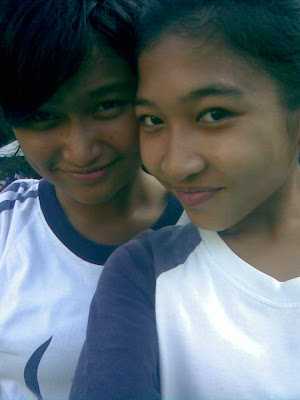 you clearly dont belong there. come back

news! read all about it!

wah its been so long since i last blogged. hmm lets try to retrace steps here...

MY MOM FOUND MY BLOG
O.O'


aww there goes all of my secrets. well not really secrets but ya know, i dont tell her e-v-e-r-y-t-h-i-n-g. yea sure she's my best friend too but a girl needs her space. haha xD
but nevermind. yeah GO AHEAD AND READ MA.

one night after dinner, all of us (except babah) chit chatted about stuffs. then suddenly out of the blue my mom asks;

so.... today is February the 6th and our school has this Kongsi Raya Class Party. i wonder, we have a Kongsi Raya and a Deepa Raya, but dont we have a Kongsi Deepa? KAN KAN??
heh anyways, it was awesome :D
and its way grand this year rather than the others cause there was a Lion Dance performance! and let me tell you, theyre tails are so cute xD
for a minute there, i actually believed it was a real blue, cute and furry lion dancing and showing off its' awesomeness but nahh. theyre actaully humans :p big turn off man. .
ahaha.

i went and partied at 4W's (is it?) class dengan buat muka tak malu lol. the ones who partied are not from that class anyways :p
IT WAS SO COOL! and i never thought anyone else licked the Cookie Jar song other than me! i have found my monkey bunch :3
we call it, "Daylight Clubbing" dalam sekolah pulak tu. but it really felt like we were clubbing. i think it was more to strip club cause we dirty danced so bad xD
the only thing missing was, we were wearing baju kurung and theres no pole (Kell had to be the pole cause she was tall and thin) and we didnt shove money into Syasya's bra!
HAHAHAHAHAHHAHAHAHA!!! it was hilarious yet entertaining! i would so love to do it again!
made my day more fun and bright. LOL.

the funny part was, while Lia spanked Bella's (i think it was Nabila or something?) butt, Puan Nancy walked by and saw them doing the "thing" and Lia actually froze. then you know what,
PUAN NANCY FREAKING LAUGHED! ahahahahaha! we were noisy and enjoying ourselves and i think that entertained her.

one hell of a day. damn it was tiring.

after that, while in our respective classes,

Syasya : dah penat dah. it was fun. we should go clubbing together :D
LOL. i'm on! it was a great workout! we were sweating like people getting high in Zouk or something x)

so earthlings, its February the 1st. man time flies by so fast. i thought i was just beginning to adjust to new school conditions and BAM its already the 2nd month of the year.
January was just so hectic. thought about a lot of things including life and death. about the end of the world. people, wake up and smell the coffee, the signs are arising.
i really really wish that maybe theres this onlining competition or maybe a typing about a few hours thingy can contribute to charity or into a Gaza fund. makes my craps more valuable.
hmm. well all i could do now is just to pray for them and boycott some jewish brands and labels. ahaha. yes, i dont drink Starbucks. STARSUCKS! *sign language*

ugh its been one week of sitting-at home-i-dont-know-what-to-do-no-books-to-read-lazy-to-do-homework-holiday. yeah, didnt even do any homework. oh except that one question on add maths. yeah, stinking one question.
but the waking up late part is nice. ehehehe. tomorrows Monday and IS STILL a public holiday.

God bless Hari Wilayah. *bell chimes.. laaaaaa*
BUUUUUUUUUUTTTTTTT ive got practice so boohoo. hopefully i dont puke or get sick or anything.

some of my friends are acknowledged about my new MySpace account. and i'm sorry if i didnt add you. cause i created it just to browse and steal songs he he :p
its konnonya "private" and are for V.I.Ps only hahaha a.k.a people that i know je. i'm active on Facebook though. check it out man! fo shizzle ma nizzle :B
nevertheless, i shall offer you my attention fellow more-to-myspace-than-facebookers! your presence will not be ignored. hah what am i saying?