so the day started early. woke up at 6.15 i guess? arrived and surprisingly, the VIPs arrived quite early this year. were like amazed really.

while getting ready for the march pass, we realized one thing was missing.

WHERE THE F*** IS VINO?!
yes. a band without any cymbals? cacat~
then she came. ahahaha MIRACLE HAPPENS! but Vino, gotta warn ya, Ain wont let you off the hook so easily ;)

the march pass went by fast. and thank you so much to the honorable VIP (forgot who) for giving a short speech.

we actually got compliments. hoorah! it wasnt that bad. bak kata Abg Zahrein, " it wasnt as bad as i expected. "

then the day went on with races and performances.

and i was a wakil for the Unit Beruniform punya acara! ahahaha. WE WON THIRD PLACING ISNT THAT AWESOMEEEE :D

Pauline got first
Aidan got second
Adele got third and
Xavier finished last
its okay Xavier. you guys grabbed the best marchers award, best theme award and best of all, first place for cheerleading! congrats!

after being all enthusiastic, i decided to hit KLCC with Lia and meet up with Rye and some other friends. there was this Mat Salleh dude queuing behind us while buying tickets.
" excuse me, do you know where is Kempung Beru? its called New Village right? "
" yea "
" is it like a few places? or is it just one particular place? "
" no. theres just one Kampung Baru "
" oh alright. thanks "
he's blonde and curly, tall and very cute. very. mmmm. . .
he's got one flaw though. he was wearing crocs. nevermind, i'll make an exception :D
sigh. what a cute accent. yummy.

oh gosh i missed those days where we all used to hang together. i missed 3T. us girls, Rye, Yaya, Thiya, Lia, Mira and me doing stupid stuffs in class.

Rye and Yaya would usually fight in class. Mira would most probably be deaf due to the thickness of her tudung i guess. HAHAHAHA. Lia and Thiya will make noise and get kicked out of class. and i'll sleep a lot and bring biscuits every morning and munch on them will teaching is in motion. haha cikgu tak nampak :p 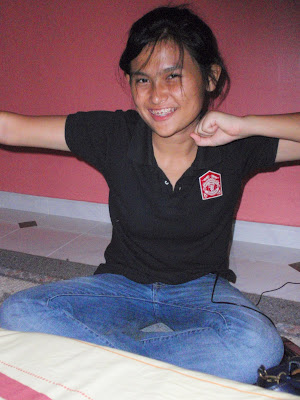 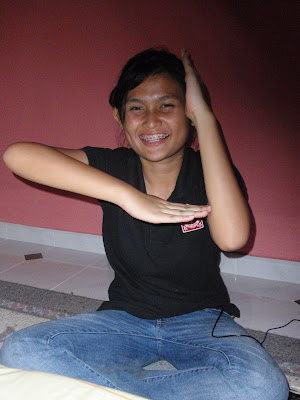 what would you want if you could have anything in the world?
i would want a time machine. why?

cause i could always travel to the good times :)